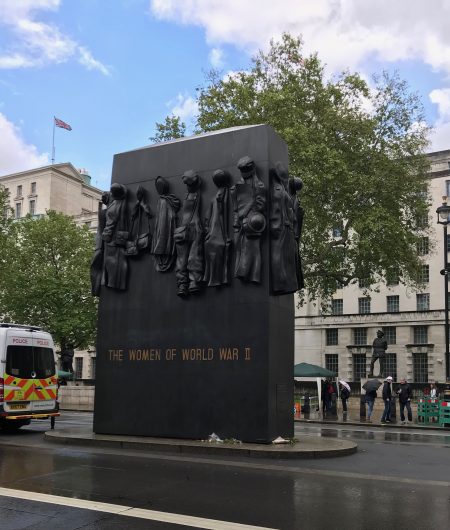 London’s West Side & our first ballet at Royal

This is the day we were going to see our first ballet, Romeo and Juliet at the Royal Opera House in Covent Garden!

But before that, it was time to get to know the city, so we booked an excursion with the ever popular Strawberry Tours exploring London’s West End and Westminster district.

With our ‘mostly on-hiatus’ actor as our guide (we found this to be the case with many of the Strawberry Tours chaperons) – who by the way was able to remarkably channel his expressive talents towards our group – we made our way past world famous statues, monuments and landmarks in this government centered division of the regal European city.

After a quick change of attire back at our place, we headed for our ballet venue, and with a bit of  time on our hands, ventured into the indoor Covent Garden Market with an array of specialty shops and booths.

This is where I spotted the sketch of an artist who for me, taps into an ethereal quality of feminine beauty with a surprising element of innocence. I was able to take a photo of this piece (see it below!) but then was shooed away by a neighboring pit bull shopkeeper (or perhaps an assistant) from taking another that really caught my eye – a black and white sketch of a female form in a bodice exuding the likeness of a ‘nymph meets femme fatale’.

I’ve since visited the artist’s website and found a piece that somewhat approximates what I believe I saw on that day of May 11th. I’ve included it in the gallery below 🙂

By the way – turns out this sketch girl has a PhD in Astrophysics, topped off with what is called a Zeldovich Medal for excellence and achievements in the field.  “For me art and science are a natural pair,” she says. This immediately also clicks for me because it’s what essentially defines classical ballet.

And then it was time for the performance! –which did not disappoint! It even impressed with the display of talent exhibited by the Royal principal who happened to be dancing that night. The American-born, Russian-trained export from Boston, Sarah Lamb, won me over in the final act where she not only technically delivered, but was truly able to pull out the emotional energy making the scene of Romeo dancing with the lifeless body of Juliet genuinely work.

Also worthy of mention is the beyond-the-norm athleticism and artistry of the company’s 1st Soloist Marcelino Sambé (recently promoted to principal) who was in the role of Mercutio that night.

So there it is, Day 3 of our London Trip in a nutshell!