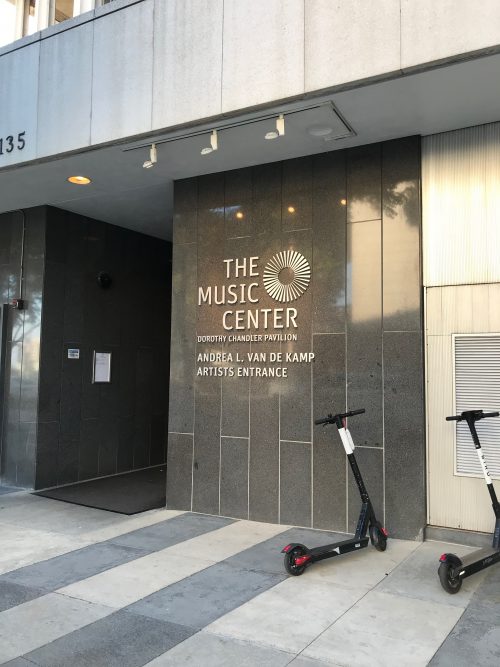 There are few things that can get a long-time local to make the drive into hectic downtown LA.  What got me to do it? Seeing the Royal Ballet perform their signature repertoire piece at The Music Center.

Yes, this past weekend I made the trip to Dorothy Chandler Pavilion which typically hosts the dance events at the landmark performing arts complex.

Since it was my first time visiting, I gave myself some x-tra, x-tra time to get there, and arriving with plenty to spare, I took a walk down the streets of angel city capturing the shots below.

Sir Kenneth MacMillan’s raw, unapologetic portrayal of the agonizing cage of human existence – no matter how rich and mighty you are – through the true life drama of Austro-Hungarian Crown Prince Rudolf and his teenage mistress Baroness Mary Vetsera, which ended in the couple’s successfully executed suicide plan in 1889, Mayerling did not disappoint!

But it was dance historian Elizabeth Kaye’s talk prior to the performance that took it to another level, as her talks so often do.

I have come to greatly appreciate the rare aptitude of Ms. Kaye to transport us to another space and time no matter where we are in the moment, and in so doing elevate the entire artistic experience.

enjoy the snaps & check in soon!