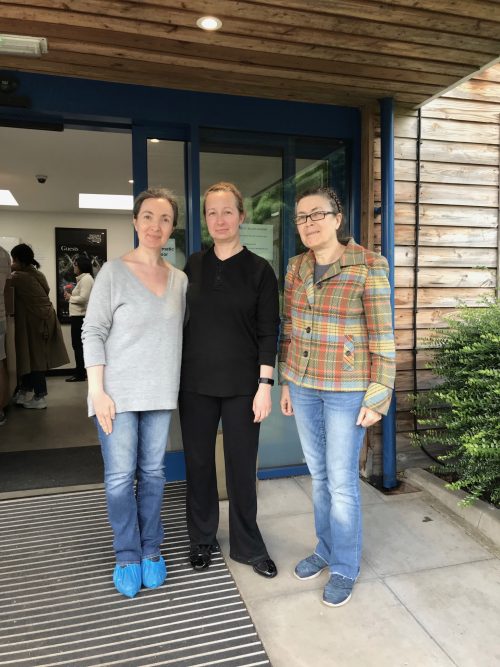 Do you remember my blog on Ludmila Komissarova, the central figure in the famous Vaganova graduating class photo of 1951?

Ludmila Nikolajevna Komissarova was one of the last students to train under the scrupulously watchful eye of legendary Russian ballet master Agrippina Vaganova.

Komissarova was in turn the teacher of my dear ballet friend Anna Korotysheva who actually inspired me to write the piece.

Well, this is the day Lana and I visited the London based school of Komissarova’s daughter, Olga.

Herself a graduate of the revered ballet establishment on Rossi Street, Olga Semenova has continued to carry on her mother’s tradition starting from her teaching days at the Vaganova Academy in St. Petersburg, Russia.

Moving to the UK some decades ago, Olga eventually set up her own shop, founding the Russian Imperial Ballet School where she continued to teach the unparalleled system of classical dance. Today, her establishment is known as Masters of Ballet Academy (MOBA).

This was the day that we visited Olga at her MOBA school, where she arranged for us to observe an advanced class with one of her male instructors, and afterwards join her in her own rehearsal with a select group of students she was preparing for a trip to St. Petersburg where they would perform Olga’s choreography at the Hermitage Museum.

As it happens, the group was shortly leaving for the trip and the atmosphere was frantic – though it somehow felt that there’s always something brewing at Olga’s place with her temperamental character at the helm.

Still, we managed to get her out for a snapshot before saying adieu.

On the walk back to our neck of the London woods, we passed by several landmarks you’ll see below.

visit back for more on "The London Trip"